After the Olympic Games, what’s next?

Panelists give advice and Visa offers programs for retiring athletes 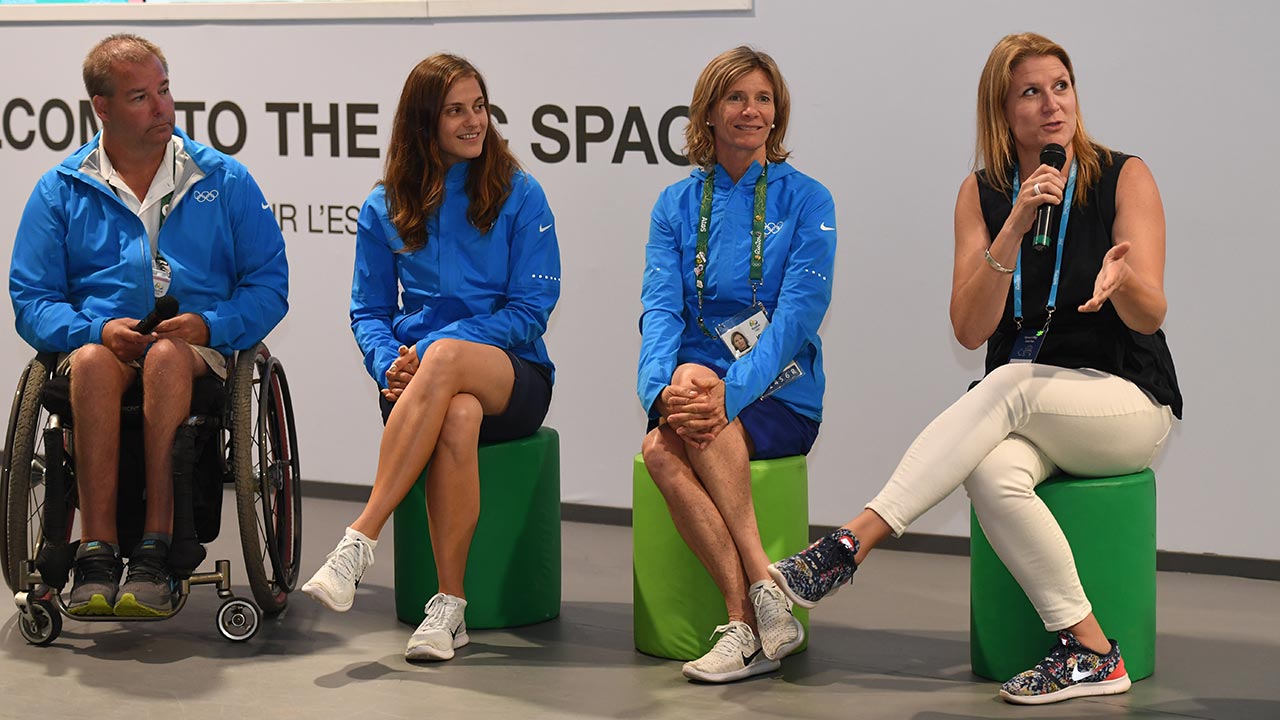 What do you do when the career you’ve prepared for all your life comes to an end? The question is hardly unique to Olympic and Paralympic athletes who finish competition; workers whose careers have been disrupted by technology or other economic forces face similar challenges.

At a recent panel discussion about career transition hosted by the International Olympic Committee at the Athletes’ Village in Rio de Janeiro, retired athletes made suggestions that included preparing for the next role while heads-down in their current one and reframing networking as relationship-building. The panelists were Kate Johnson, U.S. women’s rowing Athens 2004 silver medalist and Visa’s head of global sponsorship marketing; Canadian Todd Nicholson, five-time multisport Paralympian and athletes’ representative for the International Paralympic Committee; and Barbara Kendall, New Zealand triple-medalist in sailing and member of the IOC Athletes’ Commission.

Also on the panel was Danka Bartekova, Slovakian bronze medalist in skeet shooting and member of the IOC Athletes’ Commission who competed in Rio and was preparing for her post-competition career by studying international relations.

Research shows that many athletes struggle to transition from sports to other careers. They have often sacrificed their educations and failed to develop interests outside of their sport.

“I couldn’t transition,” said Kendall, “which is why I was in five Olympic Games.”

But the panelists pointed out that athletes possess traits that are highly valued by employers, such as discipline, focus, determination, time management and competitive fire. They are also immersed in a powerful network of sponsors and professionals in the world of sport that the panelists urged them to contact while they are still in competition.

“The word ‘networking’ always sounded a little cringey to me, but it’s relationship-building. Asking someone to tell you their story is networking, but it doesn’t feel like it,” said Visa’s Johnson. “Ask people in your network how they got from Point A to Point B.” She said that a Johnson & Johnson advertising executive she had asked for an informational interview as she contemplated what to do after medaling in Athens in 2004 is a mentor to this day.

Todd Nicholson said that the challenge for athletes is to convert the opportunities they receive. “You never know who you’re talking to. You are an Olympian and you have fans—one could be the CEO of Coca Cola, but you wouldn’t know unless you ask questions.”

Johnson talked about the programs Visa sponsors to enhance and take advantage of Olympians’ skills. In partnership with the IOC, Visa launched a global financial education program that helps current athletes and those nearing retirement to access resources that can build their financial skills and better manage their financial lives both during and after their athletic careers.

In Rio Visa also announced a career development program open to athletes who have competed at the Olympic or Paralympic Games in the last six years. Successful applicants will complete two six-month rotations in Visa’s Bay Area offices in various departments across the company including marketing, sponsorship, product and sales.

“You have superpowers,” said Kendall. “After competing and having two children, I also got two degrees. Look inside. Uncover your passions. If you’re a successful athlete you can build a great network and a successful new career.”

Stephanie Losee is the head of content at Visa.

Exploring strategies for advancing electronic payments around the globe.

The impact of digital payments on economic growth.