Ride of her life 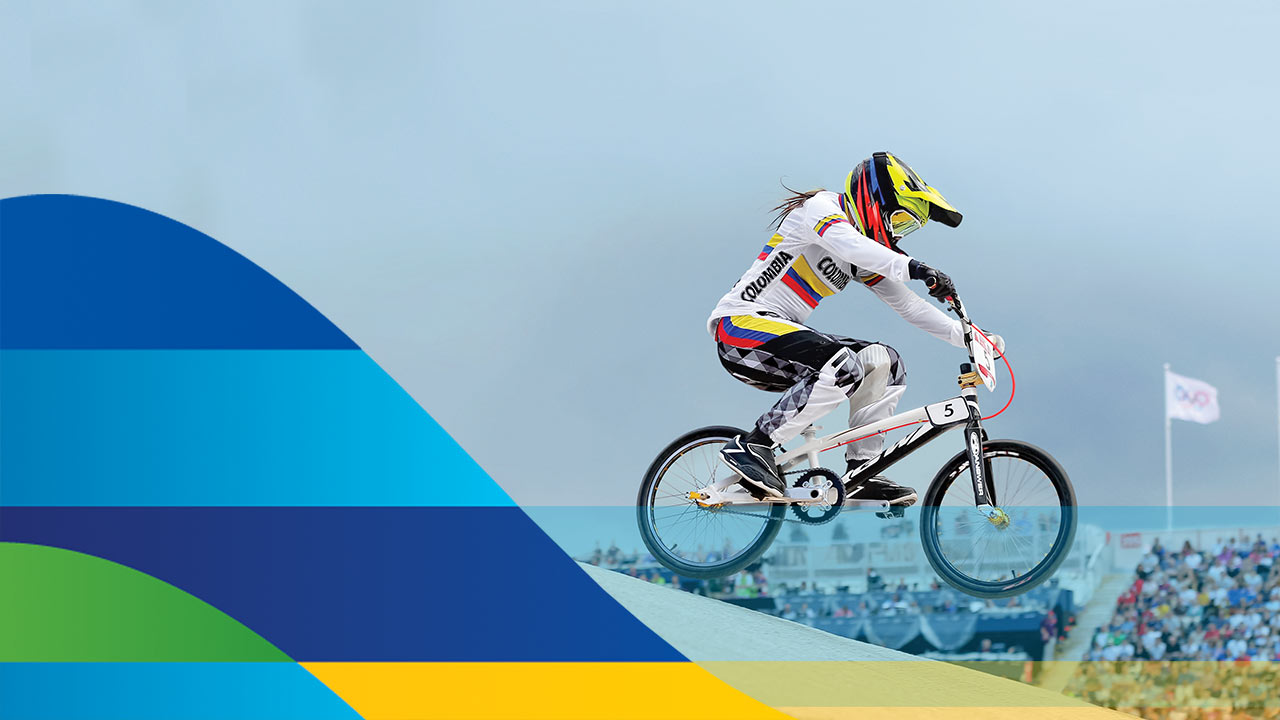 Colombia’s Mariana Pajón won her first national title in Cycling BMX at an age when most kids still rely on training wheels. She was five years old and competing exclusively against boys. By age nine, she became a world champion as the only female in a race in Argentina.

When Cycling BMX was introduced in the Beijing 2008 Olympic Games, Pajón was invited to the 2008 Beijing Olympic Youth Camp in preparation for the London 2012 Olympic Games. That year, she also won the World Championships 2008 UCI (Union Cycliste Internationale) BMX Junior Women Cruiser and was named the Colombian Junior Sports Woman of the Year for the second consecutive year. 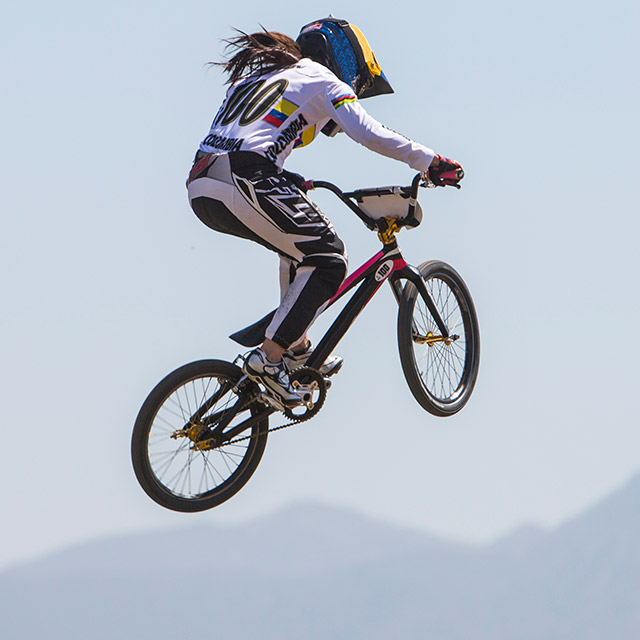 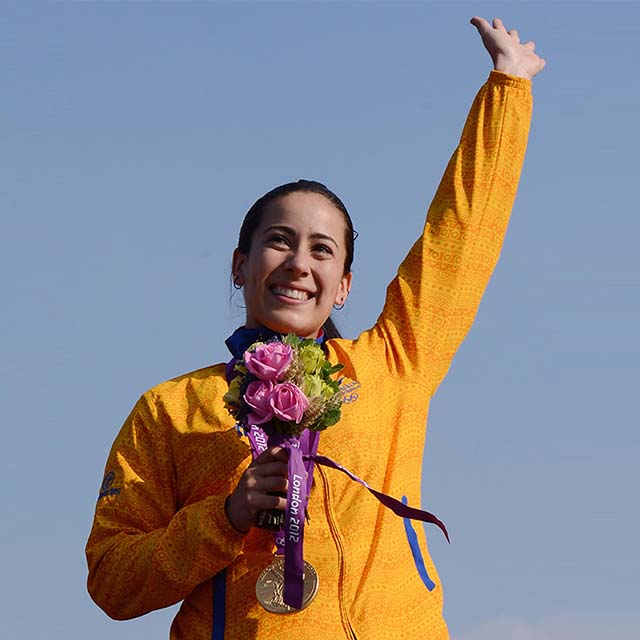 Over the next three years, Pajón dominated the sport, winning six international titles. In 2011, she was named Colombian Athlete of the Year. But it wasn’t all a smooth ride. In 2012, just before the Olympic Games, Mariana fell off her bike and injured her shoulder during the first race of the UCI BMX Supercross season.

“For me, losing is finishing second or last in a competition and not understanding what went wrong,” she told Visa. “That’s losing for me. But if you come in last and you gave it your best shot then that’s not losing in my book.”

By the London 2012 Olympic Games, she was back on her bike and selected to be Colombia’s flag bearer during the Opening Ceremony. “It was a huge honor to be able to carry my country’s flag,” said Pajón. “I entered the stadium and it just felt surreal. I was in a dream world. It’s the whole atmosphere, that’s what the Olympic Games are really about.”

In 2015, Pajón was appointed Champion of Peace and Sustainable Development for the United Nations Development Program. “La Guajira, Colombia is a place that needs a lot of help and support,” she said. “That’s why my mission is to be an athlete who goes that extra step and does more than win a medal. I want to leave a legacy for my country.”

That same year Pajón joined Team Visa, a group of world-class Olympic and Paralympic Games athletes who embody Visa’s values of acceptance, partnership and innovation. “Cycling BMX is an individual sport. I’m alone in the starting gate, I train alone and at the end of the day it’s up to me,” said Pajón. “Being part of Team Visa is a tremendous source of pride and a huge responsibility for me to take on, but one that motivates me to make my dreams come true.”

Through the Team Visa program, Visa has supported more than 1,000 Olympic and Paralympic Games hopefuls by providing them with financial and marketing support in the run up to and during the Olympic Games. “Cycling BMX is my job but it’s also my passion,” she said. “For me, doing my sport is like being on holiday all year round, even if I have to train eight hours a day, because I love what I do.”