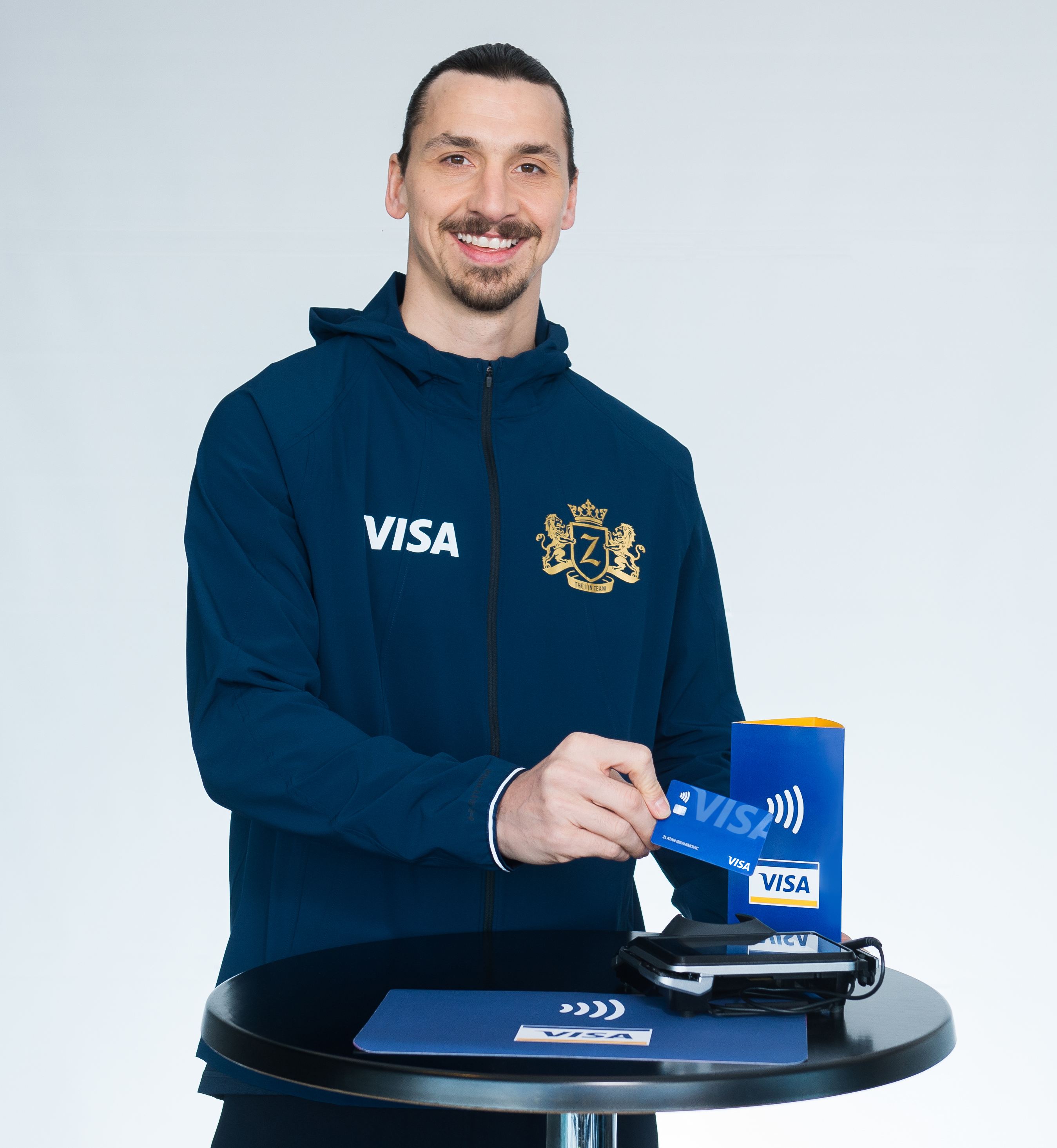 DUBLIN – April 17, 2018 – Visa Inc. (NYSE:V) today announced professional footballer, Zlatan Ibrahimović, will be the new face of its global marketing campaign in anticipation of the 2018 FIFA World Cup Russia™. As the Official Payment Services Partner of FIFA, Visa, in collaboration with Zlatan, will help fans not miss a moment of the action this summer.

“I am incredibly proud to work with Visa, the global leader in payments,” said Zlatan Ibrahimović, star athlete and new face of Visa’s FIFA World Cup™ campaign. “I always try to be the best in football, so a partnership with Visa represents what I continue to strive to be—the best.”

As one of the most decorated active footballers in the world, Zlatan has won 33 trophies in his career playing for nine teams across England, France, Italy, Netherlands, Spain, Sweden and the United States. Zlatan is regarded as one of the best strikers in the game and footballers of his generation.

Zlatan is not only known for his prowess in sport, but for his character and global appeal. Born in Sweden to a Bosnian father and Croatian mother, this football legend, United Nations ambassador and business owner, speaks five languages and embodies the global nature of the Visa brand and its acceptance.

“We have always been aware of Zlatan’s impressive on-field accomplishments, global appeal and colorful personality,” said Lynne Biggar, Chief Marketing and Communications Officer, Visa Inc. “At Visa, we are thrilled to partner with Zlatan to bring our FIFA World Cup™ campaign and product innovation to life and connect with fans around the globe, showing once again Visa is ‘Everywhere You Want To Be’.”

Visa and Zlatan’s journey will begin in the coming month. To follow along, join Zlatan’s 31 million followers on Instagram at @iamzlatanibrahimovic or visit Visa.com.